Bill and Ochan Powell (rest in peace, Bill) always say, above all else, “know your students”.

The written curriculum in your school is the students’ curriculum.

Your curriculum is the students.

They are learning about all the things expressed in their curriculum (and hopefully much more!).

You are learning about them.

Understanding this will help you make the shift from “deliverer of content” to a facilitator of learning, a designer of learning experiences and a partner for each of your students as they learn and as they navigate their curriculum. Each day, you will arrive at work full of curiosity, poised and ready to:

It is a very exciting moment when PYP Teachers realise they are inquirers who are constantly seeking, gathering and using data (in it’s most sophisticated and powerful forms) about their students.

It is this realisation that sets apart genuine PYP Teachers from those who simply work in a PYP school, for the two are vastly different.

Recently, Kelli and I were talking about why teaching can be so exhausting. She used the analogy of Salmon swimming upstream to illustrate how we are so often doing what we do in the face of so many other contradictory and conflicting forces.

These forces may sometimes be policies and expectations put in place by governments and education departments based on decisions which are often made by people with little or no educational background apart from the fact that they went to school. In many cases, these policies and expectations are in complete conflict with what educators know to be true about children and learning. And so, most teachers play the game while still trying to do what they believe is right even though their ability to do so (and their time, space and energy to do is) is dwindling.

In other cases (or if you’re unlucky, at the same time) the forces may be policies and expectations that are put in place by school boards or leadership teams. Many school boards are composed of people who have little or no educational background apart from the fact they went to school. And many leadership teams consist of educators so long out of the classroom and so distanced from the realities of day-to-day teaching that they are referring to how things were, or should have been, 20 or 30 years ago. And so, most teachers play the game while still trying to do what they believe is right even though their ability to do so (and their time, space and energy to do is) is dwindling.

In other cases (or if you’re really unlucky, at the same time) the forces may be the patterns of behaviour and trends that exist around you all in everyday life outside school. Students may be consistently exposed to things that go against everything you hope to be instilling in them while they are with you, such as vast differences between rich and poor, an abusive class system, the systematic destruction of the environment, institutionalised racism, corrupt officials and police, blatant consumerism and greed and disregard for human life. And so some teachers try to get their students involved in doing something about these problems, and this is great. But, all too often the overwhelming feeling that they’re only scratching the surface burns people out or the transient nature of many international schools means projects are not sustained. And so, teachers and students do what they do inside a sort of bubble of safety, security and sanitisation while still trying to open their students’ eyes to reality.

In other cases (or if you’re really, really, really unlucky) the forces may be the what the parents believe is, or should be, a good education. Many parents’ only point of reference about education is their own experience. Some of the more enlightened parents look back at aspects of their education and hope, more than anything else, that their children don’t have to “go through that”. Many, though, hark back to their education with rose-tinted glasses and put pressure on modern teachers to replicate those practices despite the fact that pedagogical research, as well as the world itself, has moved on since then. And so, teachers are charged with the responsibility of not only educating children but also educating parents about how they are educating their children!

The Salmon swimming upstream is a great analogy for what it’s like to be a teacher. At least, a teacher who is determined to stay up-to-date with pedagogical research and contemporary practice, who is determined to teach the child and not just the content, who is determined to be part of creating generations of young people who can give themselves and the next generation a better existence and who is determined to make the most of the privilege that it is to have such a direct impact on the lives of so many people. If not, I guess they’re just swimming along with the current… which is, of course, much easier, much less energy-sapping and involves a lot less thought!

The word “ego” often comes up in conversations about teachers, and not in a positive sense.

We hear teachers being described as having a “big ego”. However, this is usually in reference to teachers who are confident. This confidence comes through by:

Sure, these can sometimes spill over into arrogance or an inflated ego, but usually only when people feel cornered, subject to critical scrutiny by colleagues or – inevitably – malicious gossip.

I think a teacher ego – in it’s negative sense – is much less visible than the things in the list above. I think a negative teacher ego manifests itself as:

The best teachers are always on the lookout for their students.

I don’t mean in a pastoral way, or a supervisory way.

To be aware of, and fascinated and motivated by these things is… the work of the Teacher.

We all know that modeling is perhaps the most powerful aspect of teaching – that we might tell students to do something 1000 times with no effect, but do it ourselves for them to see and the effect is palpable.

Yet, how often do we genuinely model the things we are constantly expecting our students to do, become competent at and comfortable with?

Speaking in public is a classic example. We expect it of our students every day… we expect them to respond to questions or contribute ideas in whole class discussions – yet how often does silence fall in staff meetings or workshops when teachers are expected to do the same? “Oh… I’m not comfortable speaking in large groups…” Hypocrisy. And what of assemblies? Putting our students in front of 100s of other students and expecting them to cope yet hiding away in fear if the same is asked of us? “I’m terrified of public speaking!” Hypocrisy.

Its the same with openly sharing our mathematical thinking… “Oh, I’m not comfortable with that, I’m terrible at maths” or drawing “Oh, I’m not doing that in front of anybody… I am so bad at Art” or publishing their writing “I’m scared about putting myself out there.”

It is an endless stream of hypocrisy that culminates in the ultimate hypocrisy – teachers who talk constantly in meetings, presentations or workshops yet lambaste their students when they do exactly the same thing in their lessons.

Our schools could be full of teachers who are sharing their talents, who are putting themselves out there, who are giving it a go despite not “being comfortable with it”, who are willing to recognize their shortcomings and addressing them, who are leading by example. 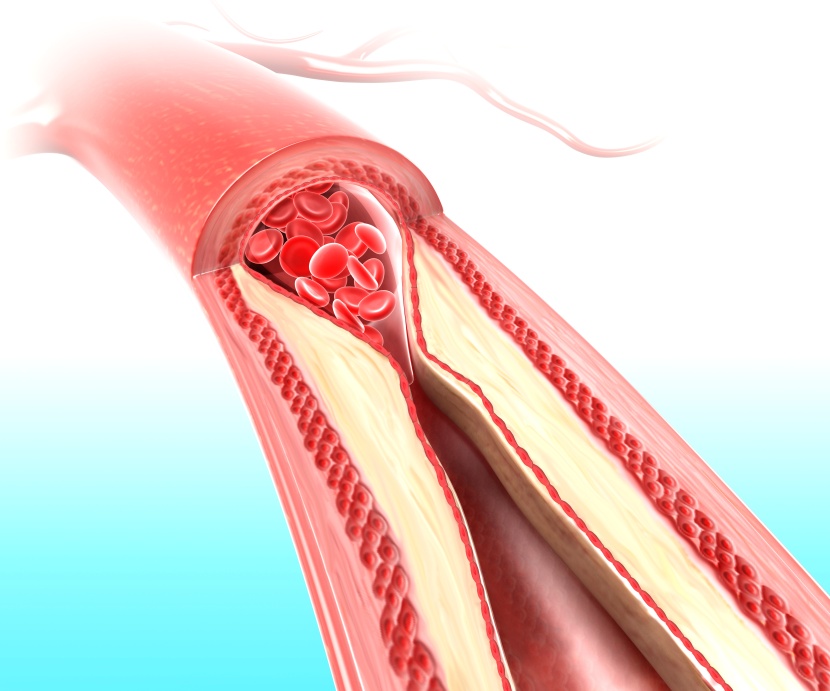 There is a misconception in life, and particularly in schools, that “speaking my mind” – or honesty – is a euphemism for being a bit of an arse. Either I don’t “speak my mind”, which must mean that I bottle everything up, conceal my true thoughts and never share what I genuinely think or believe, or, I feel like I can just go around being rude to people and make “speaking my mind” a kind of license to make all interactions highly personal and confrontational.

Both of these dichotomous positions are damaging to a school culture, and people who adopt them can be equally toxic in different ways.

Person A, the type who never “speaks their mind”, usually makes it clear to everyone that they have made a conscious decision never to “speak their mind”. With this constant declaration of self-censorship comes an implicit declaration of disapproval, judgment and criticism. It translates, basically, as “if I could speak my my mind it would be negative and I would tell you how useless this, that and they are”. The dangers of people like this are:

Then, there’s Person Z, the one who has taken it upon themselves to educate everyone else by just being an a$#@%$#e. They shoot people down, they belittle people, they interrupt, they opt out of conversations that need to be had, they refuse to take part in any positive initiatives, they make the discussion of ideas personal, they see things only from their perspective, they struggle to focus on student needs rather than their own, they talk when people are trying to address a group, they criticize meetings or workshops that don’t quite live up to their high standards (which are rarely reflected in the way they teach!), they have stopped learning, they get angry about things that don’t really matter, they write people off and give them no chance of redemption… the list goes on.

I know these are all generalisations, so please don’t comment and tell me that! Instead, please think about whether Person A and Person Z exist where you work, how they affect your school culture and how we can move beyond such polarised behaviours. Until that happens, the potential for the evolution of schools may well remain in their hands.

I once worked for a school principal who, when about to give me a telling off for my latest perceived crimes, would start the conversation with “I’ve heard through the grapevine that you…”

Which basically means… “I listen to gossip, I’ve heard some about you and I am allowing it to shape my behaviour towards you.”

Gossip is rife in schools as, I suppose, it is in many workplaces. But does that mean we have to accept it? Schools are the places in which the future is shaped. The people who work in schools should – technically – be modelling the type of behaviours that will guide young people to a better future.

A better future is not created in a culture of gossip. Cliques of people who spend their time annihilating, judging and stabbing people in the back are not really going to pave the way for humankind, are they? The funny thing is… it’s really hard to talk about those gossipy people – and we all know who they are – without becoming a gossip yourself!

Furthermore, by refusing to take part in gossip, you can end up isolating yourself from your colleagues. In the same school as the one I mentioned before, my wife refused to enter into a conversation in which one particularly gossipy person was verbally assassinating a mutual acquaintance. Within weeks, she was a social pariah… the forked tongues wagging away until their work was done. Meanwhile, the gossipy person came out smelling of roses – much like the little prisoner in the comic strip above who becomes Caesar’s secret gossipy weapon and whose effect can be seen as people’s words become more and more green!

A school without gossip would be a school with a better chance of avoiding misunderstandings, petty conflicts, resentments, misconceptions, jealousy, loneliness, paranoia, judgment, assumptions, depression, toxicity, cliques, divisiveness and so on… all of which are extremely destructive human behaviours.

Its not like we’d be trying to pretend gossip didn’t exist in the real world, but instead acknowledging that it does exist, that it is poisonous and that we won’t stand for it.

So, teachers, some advice for you:

And, people in leadership positions, some advice for you: